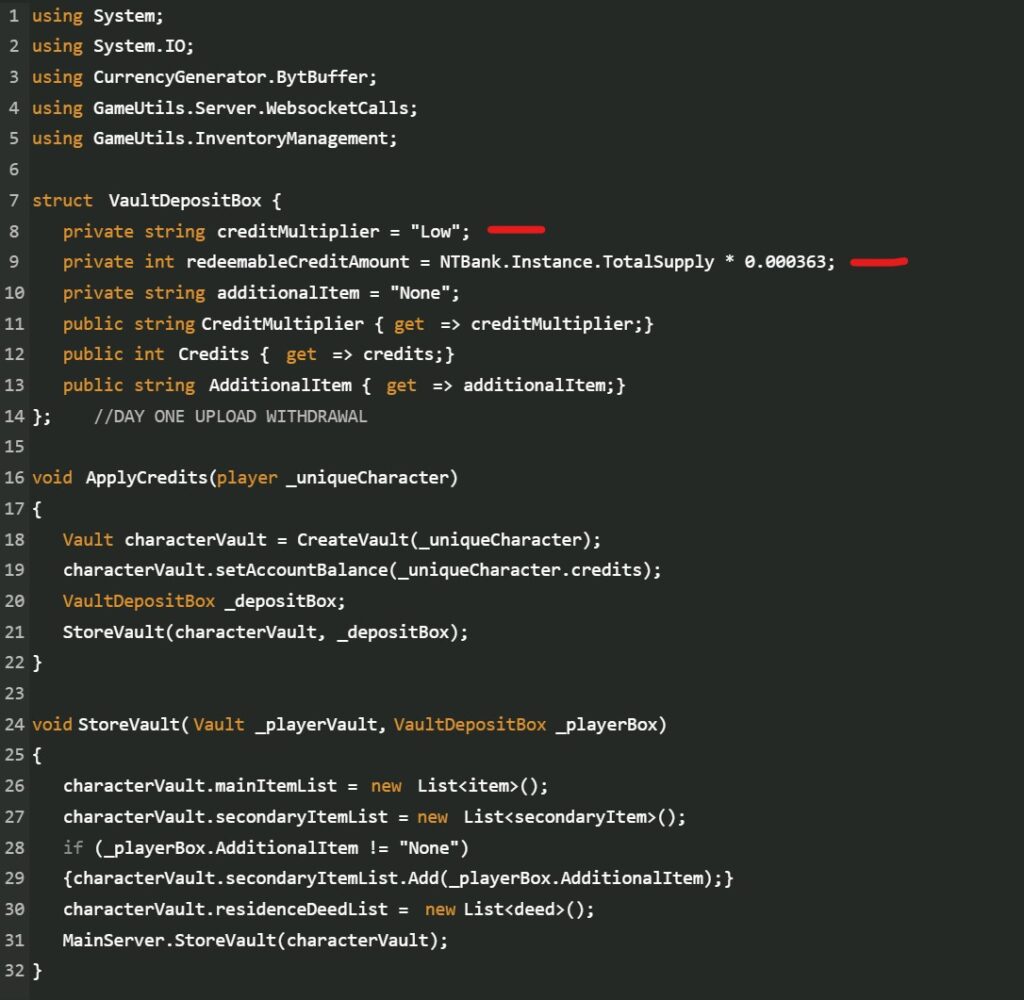 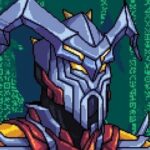 Citizens. It is Becker and as promised here is the full update planned for BYTES.

Initially we came together as a community and voted on what we wanted to see from the update.

Afterwards, I assembled citizens who were experts in tokenomics to come up with an extremely detailed and long term plan to keep bytes in a sustainable place. This plan focused around the desires the community voted for and has voiced.

As mentioned in the last post, the the goal for bytes is to be used to incentivize building and networking in the group. This means it will run apps and networking focused tools created by and for NEO Tokyo citizens. It will also still retain its minting capabilities.

Let’s Remember The Goal Stated In The Last Post Though

The goal is to make bytes a hard value backed token for NT holders. This will be done by making it finite and making it the means of transaction for all apps, tools and systems inside of NT.

I must stress though. The point of bytes is not to PAMP BAGS. It’s a tool to incentivize networking and building. Imagine for example an ALPHA reddit board where the top alpha providers get upvoted in bytes. In return they are incentivized to find really hot alpha. The builder of the board also gets a cut of all bytes tipped. The builder gets bytes for building. The alpha sharer get bytes for sharing. The community gets hot alpha. Bytes are burned/spent and demand goes up. It’s a simple value loop that gives people a push to bring value to our crypto gaming illuminati and helps us realize our vision. Again our vision is outlined in my first post HERE.

That said, we are radically changing how citizens mint and earn bytes. Below are the changes.

KEEP IN MIND : I will be explaining this in an easy to understand bite-size format. Behind the scenes of this is an EXTREMELY complicated tokenomics structure. If you are a nerd or want way more details the white paper for this is linked at the bottom of this page.

And finally a disclaimer :

All numbers or updates in this document are subject to change or be adjusted at any time in
the future for the health of Neo Tokyo. Do not focus on the numbers themselves, what is more important is to acknowledge the overall trend lines and their health for the Neo Tokyo economy.

Perhaps the biggest change coming to bytes is we will be breaking yield down into 3 parts, or in this case pools. This will be :

Finite pools are the sources where bytes will be yielded from. They also have finite amount of bytes that can be produced every day that ALL citizens share.

To put this in simple terms : Imagine each pool is a giant bag of coins delivered each day. The bag is then split by everyone staked in the pool.

So if only 1 citizen is staked he gets the entire pool. If all 2000 citizens are staked the pool is split 2000 ways. This is the jeest of it and each pool work differently.

Why is this good? Currently as more citizens mint, the more bytes are then generated when they stake. This causes an excessive amount of bytes. This is a problem. With this change there is only so many bytes that can be made, regardless of how many citizens there are.

However, setting the bytes yielded to be the same if one person is stake or 2000 is staked is dumb. Here is how we counter this.

Increasing Pool Yield By The Amount Of Participation

Obviously, giving too many bytes to a small amount of people OR punishing the pool with lower supply as more people join is bad.

To incentivize mass participation each pools daily yield increases OR decreases based on the total supply locked up.

We will discuss each pool in detail, however here is a brief example.

In short, in order to reach max yield we must see near max participation.

Here is a quick sheet to explain this :

The next problem we wanted to address with bytes was run away inflation. While it is not currently out of hand, the way bytes inflate with increasing citizen mints will create a problem down the line.

To solve this all pools will diminish their yield emissions over time. This means rewards with slow down over time and the total daily supply of bytes will lower over time. Below is a chart reflecting this curve.

This of course means the amount of bytes yielded every day will lower.

The reason for this is simple. We want to make bytes a much more reliable token to power our community. If it is endless, it is not reliable and will constantly be losing value. With the burning system we have in place AND diminishing yield we will see bytes hold and increase in value as long as the community and its tools remains in demand.

An S1 holder will be able to stake their s1 and earn yield each day.

On top of this, the longer the S1 holder stakes the MORE yield from the pool they will produce.

This creates a very interesting twist. Lower yield citizens that are staked LONGER with the community will have the chance to earn more than higher yield citizens who only stake for short periods.

Of course if a lower yield citizen and a higher yield are staked for a equal amount of time the higher citizen will yield more.

Again this will come out of the TOTAL yield of the pool. Not out of thin air. So essentially citizens get a % of the total pot based on their upfront commitment to NEO Tokyo AND their time commitment staking wise.

Again total yield increases as MORE people stake, thus the pie that is split gets bigger. We reach maximum pie size when we see near maximum participation.

Here are some of the proposed numbers to give you an example of what you can yield..

This is the fun one.

In short, we want to give s1s, s2s and NON citizens a way to invest/stake bytes and earn yield.

Woah! Wait…Before S1s start clubbing baby seals in rage…S1s will still be the kings of yield…by A LOT. Calm thyselves.

Here is how this system will work for each group.

S1 citizens will be able to stake their citizens with their vault. The credit multiplier on the vault will then give them “points”.

The way points work is by giving the staker a % of the total yield from the pool. Remember the pool is a TOTAL pool. It can only make so many bytes per day. It is also SEPERATE from the identity pool mentioned before. They are two different yield sources.

Here are the point values for each vault multiplier level.

And here is some example yields by these points. Remember these are subjective to change.

But here is where it gets cool.

Each vault came with a pre-determined amount of bytes in it. Citizens now will be able to LOCK UP bytes in their vaults to increase their points. Every 200 bytes locked gets you a point.

Again upfront value is rewarded, but commitment to community is now factored in as well.

So what about s2s and non vaulters.

First off if your a s1 citizen without a vault right now…you are a turd..We gave you one for free if you minted and there’s a few extras on the market (though there will never be more made). It’s your fault you are without a place to keep your bytes. Thus you are limited to only being able to lock up 100 bytes and get half a point of yield. Again, the longer you stake your bytes with your citizen, the more rewards will accrue.

Next if you are a s2 citizen you may ALSO lock up 100 bytes WITH your s2 and get half a point of yield.

The point again gets you a small percentage of total yield. Again the longer the s2 stakes bytes with their s2 the more rewards they will get over time.

We want even the meat bags and the rats to get in on the bytes ecosystem. Because of this they can lock up a max of 25 bytes to receive a 1/8th of a point. Again, the longer the non citizens stake their bytes, the better the rewards. Naturally to stop tons of wallets from mass doing this (aka having the same person with 20 wallets staking bytes) we will put in some sort of blocks.

Again the total amount of yield generated will be based on how much of the bytes supply is locked up. This incentivizes max participation while discouraging low participation.

Overall, this give us a very big first initial use for bytes while allowing the entire community to benefit AND incentivize long term holding of NT assets.

This is a bit complicated and liqudity providing is for the bit “techier” citizens. A full breakdown is provided in the white paper. If you are accustom to providing liquidity this will be easy for you to understand. If you need help, just jump in the tokenomics area in discord. We will also provide an in depth guide to this in the discord when it drops.

Long story short, if you provide liquidity for bytes to make our internal token easier to trade, you will be rewarded with bytes on bytes.

Next, we will be making a few updates to how our dao is funded. When bytes are burned for tools, minting, resources, etc…67% will be sent to the dao to fund more incentivized building in Neo Tokyo. Again go read my last post on this topic if you have not. The remaining 33% will be burned.

The DAO may then choose to EITHER deploy these bytes to fund community building for NEO Tokyo OR the DAO may burn these bytes to lower byte supply. The circumstances and size of the will determine the DAOs choices.

With these changes we expect bytes will very much “de peg” from the s1 citizen cost. We also have no need to excessively burn bytes via s1 minting.

Because of this we can set a limited amount of s1s that can be minted per year to stop hordes of people from joining to fast. We may also put in a price bump after each mint that returns to the normal price in 1-2 weeks. This prevents rapid minting and makes buying from the floor a better choice in surges of demand.

We may also do this for s2s. We would like to see the community grow JUST a bit each year and for citizens to profit from the growth by holding the access via bytes.

With these changes we have virtually removed every issue with bytes that was making us…not “bullish”. Now that the token has extremely healthy tokenomics, we simply need to deploy it on all the assets now being built for NEO Tokyo.

With its finite supply, deflationary burns and deep incentives for community participation, we are expecting bytes to get harder by the day.

The Only Thing Left Is Building

We have what I consider to be a perfect token for our project with this update. All that’s left is creating systems that benefit our community for bytes to run on. Elliot and I have already helped the community spear head a few things.

Among the ideas already under way OR under likely approval

-There’s a fuck ton more, we will open up our incentivized building applications next week to fuel this.

It’s our plan to begin working on these updates immediately. Remember, all numbers can be adjusted over time.

Also a deep thank to our community leaders who constructed this. I am far to stupid to have come up with all this myself and NEO Tokyo owes you. You are heros and champions of the sun.

The Game Master Of NEO Tokyo